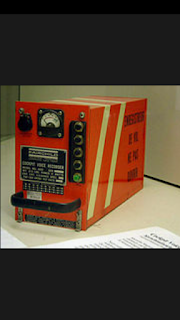 Many things about this object is contrasting. Firstly the name ,the black box have two parts the cockpit voice recorder (CVR) and the flight data recorder (FDA) is known as the black box whereas it's not black but rather deep orange in colour for easy sighting when a crash occur. Second the black box don't survive crashes because of the material they are made of. But they are placed in the tail of aeroplanes where they are prone to survive crashes. I can remember a funny friend of mine asking me why the engineers can't build the whole plane with the same material as the black box so there won't be deadly crashes, I just laughed because then I had no answer. 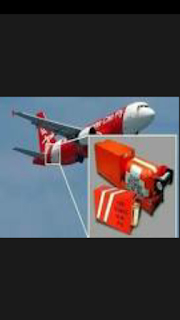 Though the position of the black boxes isn't the only reason for their survival rebeacon.they are typically specified to withstand an impact of 3400 g and temperatures of over 1,000 °C (1,830 °F), as required by EUROCAE ED-112. They have been a mandatory requirement in commercial aircraft in the United States since 1967. After the unexplained disappearance of Malaysia Airlines Flight 370 in 2014, commentators have called for live streaming of data to the ground, as well as extending the battery life of the underwater locator beacon
And if the plane body is made with such material it will have effect on the overall structure of the plane making it heavier . 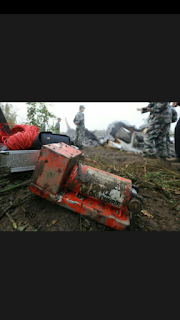 The origin of the term "black box" is British jargon from World War II and stems from the employment of developmental radio, radar, and electronic navigational aids in British and Allied combat aircraft. These often-secret electronic devices were literally encased in non-reflective black boxes or housings. The earliest identified reference to “black boxes” occurs in a May 1945 Flight article, “Radar for Airlines,” describing the application of wartime RAF radar and navigational aids to civilian aircraft: “The stowage of the ‘black boxes’ and, even more important, the detrimental effect on performance of external aerials, still remain as a radio and radar problem.”
And so agents always search for it in crash sites to know the causes of crashes .

New hope for patients with cirrhosis.